Ben the Bodyguard, the first iPhone app dressed up in a Tom Ford suit for work, is now ready for duty in the App Store. Developed by Nerd Communications in Germany, Ben is a personal security expert with a distinct attitude, always at the ready to protect photos, contacts, passwords and other sensitive stuff on the iPhone and iPod touch. People have their whole lives on their iPhone, but barely give security a second thought. Why is that? Well, mobile security apps have overlooked a few essential ingredients: personality and a slick look. Enter Ben – not another soulless tool, but rather a personal protector for the iPhone who gives peace of mind in an engaging and charmingly new way. For Ben, security is part of a concrete image; an ongoing process, to be adopted up by the savvy user. 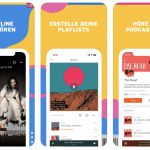